56 years, mother of two, and now grandmother of one beatiful little person. I am part of a diverse and large family and have many friends around the world.

From the 80s to 2014, Experiential group participation in Lakabe  Community

From 2014 until today; co-founder of the Ecovillage Arterra Bizimodu, where I currently live.

Working in ecological garden, since 1982…

In the 80s in different group dynamic processes as per the humanist  aproach (Evolution Center in Paris and Le Cedre of Toulouse).

Degree in psychology and subsequently a PhD in Psychology “Studies and Research in group and intergroup conflicts.”

Postgraduate in Mediation (ISEP) and Mediation and Conflict Resolution (University of Vic).

Since 1992, I have been working as a therapist in personal consultation (psi)

My future plans are to develop more precise work in what I call “diagnosis and monitoring of processes” .

Since 2004, I have been working as a trainer within the IPES Pamplona team on issues of relational psychology, and gender groups, giving courses and self-designed workshops;

Part of the RIE ( iberican ecovillage network) since 2002. General coordinator between 2003 to 2007, currently responsible for external coordination and public relationship. 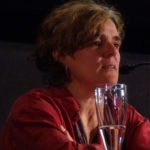 CLIPS | Mauge Cañada Zorrilla | CLIPS
class="pirenko_team_member-template-default single single-pirenko_team_member postid-754 samba_theme samba_left_nav samba_left_align samba_responsive thvers_95 wpb-js-composer js-comp-ver-6.10.0 vc_responsive elementor-default elementor-kit-100062"
We use cookies on our website to give you the most relevant experience by remembering your preferences and repeat visits. By clicking “Accept”, you consent to the use of ALL the cookies. However you may visit Cookie Settings to provide a controlled consent.Cookie settingsACCEPT
Privacy & Cookies Policy

This website uses cookies to improve your experience while you navigate through the website. Out of these cookies, the cookies that are categorized as necessary are stored on your browser as they are essential for the working of basic functionalities of the website. We also use third-party cookies that help us analyze and understand how you use this website. These cookies will be stored in your browser only with your consent. You also have the option to opt-out of these cookies. But opting out of some of these cookies may have an effect on your browsing experience.
Necessary Always Enabled
Necessary cookies are absolutely essential for the website to function properly. This category only includes cookies that ensures basic functionalities and security features of the website. These cookies do not store any personal information.
Non-necessary
Any cookies that may not be particularly necessary for the website to function and is used specifically to collect user personal data via analytics, ads, other embedded contents are termed as non-necessary cookies. It is mandatory to procure user consent prior to running these cookies on your website.
SAVE & ACCEPT